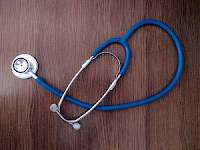 A 26-year-old man is brought to the ER by a policeman because he was drunk while driving. He was arrested twice last year for the same reason. He also missed work for a few times because he was drunk. His girlfriend broke up with him 3 months ago because he promised her several times to stop drinking but he couldn’t. He mentioned that he couldn’t stop drinking because every time he quit, he feels horrible symptoms and he has to go back to drink more than before. His family and friends are not happy with him because of his drinking problems.

Which one of these factors suggests patient’s alcohol dependence rather than abuse?

B - The patient missed work for a few times

A 40 year-old woman complains of fatigue, headache and generalized pain for 9 months. She presented to the clinic several times and had multiple negative workups. Her pain started as localized to her head, neck and shoulder but now it is generalized. On physical examination, there are multiple points of tenderness on bony prominences.

What is the most likely prognosis of this condition?

A - Symptomatic improvement with supportive therapy

B - Slow progression to permanent disability


This is a classic presentation of fibromyalgia with multiple tender points and negative workup. Treatment of fibromyalgia is mainly symptomatic. There is no approved therapy or surgery that can lead to full recovery. Fibromyalgia is not accompanied by permanent disability.

The Correct Answer is A

A 16 year old woman is brought to the emergency room by her mother following a seizure. She is 30 week pregnant with twins. Her mother told you that her daughter was eating lunch and when she stood up she fell on the floor and started shaking. She never had any seizures before. During last week, she complained of headache and swelling of her face. She missed her last two obstetrician's appointments.

On Examination, she is unresponsive and difficult to arouse. Her blood pressure is 210/120. There is edema of her face and both hands. Fetal heart rate is 140/min.

What is the next step of management of this patient?

B- Hospitalization and observation until delivery at term

C- Hospitalization and induction of labor

D- Outpatient treatment and recommend regular visits to the clinic


This pregnant woman has eclampsia. It is diagnosed clinically and characterized by seizures which differentiate it from pre-eclampsia. Treatment of this patient is induction of labor. Other options will lead to danger to both mother and child.

A 55 year-old man underwent internal fixation of fractured femur after a motorcar accident and massive bleeding 24 hours ago. He was stable after the surgery and his urine output was normal after he received intravenous fluids. Now he complains of substernal chest pain and shortness of breath. On examination, His temperature is 98.8 F, Pulse is 110/min, blood pressure is 160/100 mmHg and his respiratory rate is 24/min. There is no jugular vein distention. His extremities have established pulses bilaterally and good perfusion. Auscultation reveals harsh systolic murmur across the precordium and crackles on both lung bases. ECG shows sinus tachycardia with delayed precordial transition and no other changes. Laboratory tests including cardiac enzymes are all normal.

What is the most likely diagnosis?


This patient has a typical presentation of hypertrophic cardiomyopathy with outflow obstruction, which is exacerbated due to excessive loss of blood. It is suggested by systolic murmur, vital signs and ECG findings. Negative ECG for coronary obstruction and laboratory findings exclude MI and LBBB. There is no signs suggest septic shock. Normal jugular venous pressure, clinical findings and ECG changes make pericardial effusion less likely the correct diagnosis.

A 62-year-old farmer visits his physician at his wife’s request who noticed that he had an irregular dark pigmented lesion on his back. According to his wife, he has had this lesion since their wedding 35 years ago but lately it became darker and irregular.

What is the most important prognostic factor in this case?


This patient has melanoma which is characterized by ABCDE, Asymmetric, Border irregular, Color darker, Diameter greater and Evolving over time. Melanoma is confirmed by skin biopsy. The most important prognostic factor is the depth of the lesion.

A 32 year old woman who is recently divorced visits her physician for visual disturbances. The patient complains of trouble vision for 3 days. On examination, tunnel vision is detected along with marked weakness of planter flexion although the patient can walk on her tiptoes without any complaint. All laboratory tests and imaging studies are normal.

What is the most likely diagnosis of this patient?


This patient’s history is significant for a recent stressful event and sudden progressive visual disturbance. Conversion disorder is diagnosed when thorough physical examination and tests are normal and don’t match with the patient’s symptoms. Other options show physical signs along with abnormal lab tests and/or imaging.

A 31-year-old woman has just suffered from an ectopic pregnancy. She had multiple partners before she finally get married about a year ago. In this scenario, which of the following situations would most likely indicate a predisposition to an ectopic pregnancy?

A- Exposure in utero to DES (diethylstilbestrol)

B- Induction of ovulation

D- Use of an IUD (intrauterine device) as a contraceptive


PID or pelvic inflammatory disease is a condition where the fallopian tubes, ovaries, or the uterus becomes infected. Usually, PID happens after the woman gets a sexually transmitted disease, particularly gonorrhea or chlamydia. If PID is left untreated, it can cause an ectopic pregnancy, infertility, or even ongoing pelvic pain. 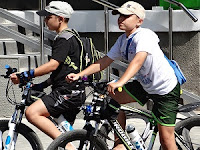 A 9-year old child falls off the back of a tricycle and hits his head hard. However, there is no loss of consciousness. The boy is taken to the emergency room by his parents. He seems to be well-oriented and alert, and there are no focal findings upon examination. There is, however, blood found behind his left tympanic membrane.

Keeping these findings in mind, what will a CT scan of his skull likely show? 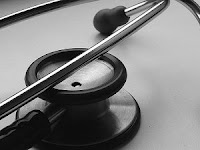 A 9-month-old baby is brought in to the doctor as he has been having a persistent cough, poor weight gain, and has already had several bouts of pneumonitis. On taking the history from the mother, it is known that the baby has been having foul-smelling and very large stools for several months.

Which of the following diagnostic techniques will provide you with the correct diagnosis of this patient?

B- CT of the chest


A 28 year old woman with a history of normal delivery 3 days ago after an uneventful pregnancy is admitted to the ICU because of high fever and foul-smelling vaginal discharge. General examination reveals temperature of 103.3 F, pulse 96/min and blood pressure 100/70 mmHg. Pelvic examination reveals bloody yellowish discharge and dilated, enlarged and bulky cervix.

What is the next step of action?

B-CT scans of the abdomen and pelvis

C-Observation and waiting for the results of blood culture

This is a case of puerperal sepsis which is also known as postpartum infection. Predisposing factors are delivery by cesarean section (CS), premature rupture of membranes, and presence of group B-Streptococci in the vagina. Prolonged labor and manual removal of the placenta can lead to postpartum infections. Blood samples and vaginal discharge for culture should be collected before intravenous antibiotics to determine the causative organism and antibiotic sensitivity. Oral antibiotics are not recommended for high fever like this one. Image studies, if needed, should be done later after initiation of therapy. Observation and waiting for the results of blood culture are inappropriate in this case.

A 26 year-old woman complains of left flank pain and fever for 2 days. She has a history of two episodes of urinary tract infections in the past three years treated with trimethoprim-sulfamethoxazole. She is married, sexually active and takes contraceptive pills. Her last menstrual period was 5 days ago. On physical examination, her pulse is 100/min., blood pressure is 120/80 and her temperature is 103 F. She has left costovertebral angle tenderness on palpation.

What is the best next step of management?

B-Collection of urine and blood cultures

C-CT scan of abdomen and pelvis


This patient history and clinical examination are consistent with acute pyelonephritis. In this case we should collect urine and blood samples for culture before we start empiric antibiotic treatment. Culture is important for prescribing the most effective antibiotic and for the follow up. The patient is stable and so there is no need for the ICU. Diagnosis of acute pyelonephritis can be reached by history and physical examination only. Imaging studies are not necessary in this case as it is straight forward. In case failure of medical treatment, imaging studies should be considered for further knowledge. Collection of urine and blood samples for culture should be done before administration of any antibiotics to achieve accurate results.

The correct answer is B


A 16-month old boy is brought to the clinic by his mother who is concerned that her boy turns blue and becomes short of breath several times during last three months. During these episodes, her becomes irritable and stays in squatting position until he relieves. Cardiac examination reveals systolic ejection murmur over the upper right sternal border. X-ray shows boot-shaped heart.

What is the most likely diagnosis?

A- Tetralogy of Fallot

C- Transposition of the great arteries

Fallot of Tetralogy is characterized by ventricular septal defect, pulmonary stenosis, right ventricular hypertrophy and overriding aorta. Sometimes, as in this case, it appears later after the neonatal period and it causes "tet spells" which are episodes of cyanosis, dyspnea, irritability and loss of consciousness. Some kids develop natural relief by squatting which increases venous return to the heart leading to relief of these episodes.

A 79 year old woman complaining of persistent cough presents to the clinic for chest x-ray. A small nodule is detected on the x-ray. Biopsy of the nodule reveals adenocarcinoma containing progesterone receptors. Her past history is significant for endometrial carcinoma treated 2 years ago.

What is the most effective treatment for this patient?


A 55-year-old woman presents to the clinic with a complaint of abnormal uterine bleeding. A biopsy is taken for evaluation of endometrial cancer. At which stage endometrial cancer is often diagnosed?
A- I
B- II
C- III
D- VI


Answer:
Endometrial cancer is often diagnosed at early stage due to abnormal vaginal bleeding which prompts patients to see their doctors.
The correct answer is A

A 16 year old woman is brought to the emergency room by her mother following a seizure. She is 30 week pregnant with twins. Her mother told you that her daughter was eating lunch and when she stood up she fell on the floor and started shaking. She never had any seizures before. During last week, she complained of headache and swelling of her face. She missed her last two obstetrician's appointments.
On Examination, she is unresponsive and difficult to arouse. Her blood pressure is 210/120. There is edema of her face and both hands. Fetal heart rate is 140/min.
What is the next step of management of this patient?
A- Hospitalization and treatment with antihypertensive and epileptic drugs and wait until delivery at term
B- Hospitalization and observation until delivery at term
C- Hospitalization and induction of labor
D- Outpatient treatment and recommend regular visits to the clinic

Answer:
This is a typical presentation of eclampsia. The only effective treatment of eclampsia is delivery. There is no role of epileptic drugs in this case. Induction of labor is mandatory to save mother’s life. Meanwhile her babies don’t have a lot of risks on their 30th week pregnancy.
The correct answer is C